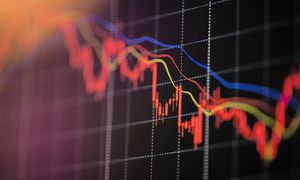 Vice Chair Richard Clarida announced his resignation following questions about the timing of a trade he made ahead of a Fed announcement early in the pandemic.

Vice Chair Richard Clarida announced his resignation following questions about the timing of a trade he made ahead of a Fed announcement early in the pandemic.

Senator Elizabeth Warren (D-Mass) has asked Federal Reserve Chairman Jerome Powell to release within the next week detailed information about Fed officials’ trades and changes to the Fed’s ethics policy.

“The Fed has failed to respond to two of my previous inquiries” regarding Fed officials’ trading activities during the early days of the pandemic, said Warren, chair of the Senate Banking Subcommittee on Economic Policy (see Banking and Finance Law Daily, Dec. 8, 2021). The lack of response is “even more troubling” in light of a recent New York Times report that said outgoing Vice Chair Richard Clarida “may have been trading on inside information related to planned policy moves,” she said.

Clarida announced his intention to resign from the Fed effective January 14. He did not give a reason, saying in his resignation letter that he was “proud and honored” to have made a contribution to Fed policy.

The Times reported that Clarida sold shares in a stock fund as the market was plunging early in 2020, then purchased shares in the same fund two days later—just before the Fed announced it was prepared to protect the economy from pandemic-related disruption. The Fed, according to the Times, said Clarida amended his disclosure to reflect the trades after noticing “inadvertent errors.”

“The revelations raise concerns that Clarida may have been trading on inside information related to planned policy moves, and that the Fed has failed to disclose the full scope of officials' trading practices to the public,” Warren said (see Banking and Finance Law Daily, Oct. 28, 2021).

Warren sent a letter to Powell asking that the Fed respond to her request for information by January 17. Specifically, she asked for:

“I am deeply concerned that your continued refusal to release information about Fed officials’ trading is at odds with your stated commitment to address the scandal ‘forthrightly and transparently,’” Warren wrote in her letter.