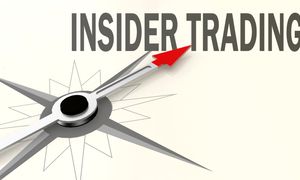 Despite hailing from opposite ends of the political spectrum, the competing bills are substantially similar, reflecting broad public support for preventing members of Congress from profiting based on inside information.

Two new bills take aim at stock trading by members of Congress and their families. A bill introduced by Sen. Josh ...

Despite hailing from opposite ends of the political spectrum, the competing bills are substantially similar, reflecting broad public support for preventing members of Congress from profiting based on inside information.

Two new bills take aim at stock trading by members of Congress and their families. A bill introduced by Sen. Josh Hawley (R-Mo) would require members and their spouses to divest holdings in individual stocks or place them in a blind trust. A bill introduced by Jon Ossoff (D-Ga) and Mark Kelly (D-Ariz) would go further, also covering dependent children. Both bills would provide for grace periods upon taking office and would exempt diversified mutual funds, exchange-traded funds, and U.S. Treasury bonds.

“Year after year, politicians somehow manage to outperform the market, buying and selling millions in stocks of companies they’re supposed to be regulating. Wall Street and Big Tech work hand-in-hand with elected officials to enrich each other at the expense of the country,” said Hawley. “Here’s something we can do: ban all members of Congress from trading stocks and force those who do to pay their proceeds back to the American people.”

For Ossoff and Kelly, the goal is to make Washington more accountable and transparent.

“Elected leaders have access to valuable information that impacts policy, the economy, and entire industries. This legislation I am introducing with Senator Ossoff will put an end to corrupt insider trading and ensure that leaders in Congress focus on delivering results for their constituents, not their stock portfolios,” said Kelly.

Ossoff concurred, saying, “Members of Congress should not be playing the stock market while we make federal policy and have extraordinary access to confidential information.”

Ossoff and Kelly stated that their own personal stock portfolios are held in blind trusts.

Broad support. To show public support, Ossoff and Kelly cite a new poll finding that 76 percent of voters across the political spectrum believe members of Congress and their spouses should not be allowed to trade stocks while in office—including nearly 78 percent of Republicans and 80 percent of Independents.

Ossoff and Kelly said the bill has been endorsed by good government groups including the Project on Government Oversight (POGO), National Taxpayers Union, Taxpayers Protection Alliance, FreedomWorks, and Issue One.

Hawley bill. The bill introduced by Hawley, called the Banning Insider Trading in Congress Act, would prohibit Members of Congress and their spouses from holding, acquiring, or selling stocks or equivalent economic interests during their tenure in elected office. Holdings in diversified mutual funds, exchange-traded funds, or U.S. Treasury bonds would be exempt. A six-month grace period would be provided before members would need to divest any prohibited holdings or place those holdings in a blind trust for the remainder of their tenure in office.

Members or their spouses forfeit any investment profits to the U.S. Treasury if found to be in violation of the Act. Members who violate the requirements would also lose the ability to deduct the losses of those investments on their income taxes. In addition, congressional ethics committees may levy additional fines and will publicize violations.

Two years of the Act’s implementation, the Government Accountability Office (GAO) would be required to conduct an audit of members’ compliance with the Act.

Ossoff-Kelly bill. The bill introduced by Ossoff and Kelly, called the Ban Congressional Stock Trading Act, would require all members of Congress, and their spouses and dependent children, to put covered investments into a qualified blind trust or divest them within 120 days after enactment.

Covered investments would include a security, commodity, future, or any comparable economic interest acquired through synthetic means such as the use of a derivative. Assets that would not count as covered investments include diversified mutual funds, diversified exchange-traded funds, U.S. Treasury bills, notes, and bonds, and primary compensation from a spouse or dependent.

The bill would require certain reporting and provides for enforcement through financial penalties.