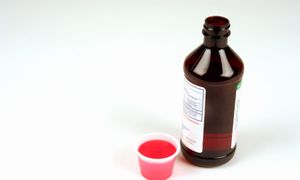 A federal district court in New York has denied in part and granted in part pharmaceutic ...

A federal district court in New York has denied in part and granted in part pharmaceutical manufacturer’s motion to dismiss all claims and denied its motion to strike the complaint’s class action allegations in consumer protection and unjust enrichment claims on behalf of a putative nationwide class of purchasers of Maximum Strength Robitussin. The class of purchasers alleged that the pharmaceutical manufacturer “deceives consumers by charging more for Maximum Strength Robitussin even though it contains a lower concentration of one of its two active ingredients than does ‘Regular Strength’ Robitussin.” The court found that the Maximum Strength label could have plausibly misled the purchasers (Woodhams v. Pfizer, Inc., November 15, 2021, Oetken, J.).

Unnamed purchaser claims. Because this is a diversity jurisdiction case, New York choice-of-law rules apply in determining the applicable substantive law. The relevant inquiry is: (1) whether there is an actual conflict between the laws of the jurisdiction involved; and (2) determining which jurisdiction has the greatest interest in the litigation. Here, the purchasers are seeking “to bring claims on behalf of themselves under the laws of their home states” where they purchased Maximum Strength Robitussin. The fact that they lack standing to bring suit under the laws of the forty-one states and the District of Columbia where none of them purchased Robitussin is immaterial. They are not bringing those claims on their own behalf but, rather, are seeking to represent other, similarly situated consumers in those states. The relevant inquiry is one of “predominance under Rule 23(b)(3), not a question of standing.” Because the predominance inquiry is appropriate at the class certification stage and not at the motion to dismiss stage, the manufacturer’s motion was denied.

Consumer protection claims. The court concluded that the “Maximum Strength” label could have plausibly misled the purchasers and their allegation that the material deception caused them to suffer a monetary loss satisfied the causation requirement. The court found that it is not reasonable to expect a customer to “cross-check a product’s ingredient list against another product’s list” and then perform arithmetic calculation to ensure that he is comparing equivalent dosage volumes to verify that the product he wishes to purchase has the qualities which it claims to have. Only by cross-checking could a purchaser discover that the Maximum Strength version actually contained a lower concentration of DXM Hbr and the same concentration of guaifenesin as the Regular Strength version. Consequently, the purchasers’ claims survive a motion to dismiss even though the labels for both Regular Strength Robitussin and Maximum Strength Robitussin explicitly list the dosage and the amount of active ingredients per dosage.

Michigan consumer protection claim. Because federal law does not require drug manufacturers to use the term “maximum strength” and forbids them to use misleading labels, such conduct is not “specifically authorized” by a regulatory body. Therefore, the Michigan Consumer Protection Act (MCPA) claim was not barred by the safe harbor provision under such act.