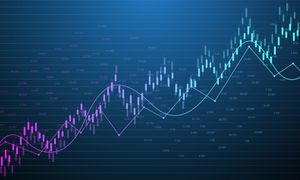 A few vague emails between two firms in an otherwise lawful business relationship was not enough to “nudge the claims across the line from conceivable to plausible.”

A few vague emails between two firms in an otherwise lawful business relationship was not enough to “nudge the claims across the line from conceivable to plausible.”

A Sherman Act claim brought by individual investors against Citadel Securities, various brokerage houses, and various clearing houses alleging that they conspired to prevent retail investors from purchasing shares of certain securities during a “short squeeze” to artificially suppress share prices so that Citadel Securities could cover its short positions and reduce potential losses was dismissed because the individual investors failed to plead a plausible conspiracy to restrain trade, a Florida federal district court has ruled. Evidence of the conspiracy was based in part on emails between two of the defendants, which the court refused to conclude was evidence of a conspiracy to restrain trade because doing so “requires an exercise in incredible leaping logic in which the Court declines to engage.” Furthermore, note even one plus factor existed to make the allegedly parallel conduct more probative of a conspiracy than of conscious parallelism (In re January 2021 Short Squeeze Trading Litigation, November 17, 2021, Altonaga, C.).

Background. During a “short squeeze,” which refers to a situation in which stocks rise sharply, thus distressing short positions, individual investors lost money. They were short-squeezed in late January 2021 because they held short positions in one or more of nine stocks, including GameStop, Bed Bath & Beyond, and Nokia.

The investors sued three groups—clearing defendants (Apex Clearing Corporation and Electronic Transaction Clearing, Inc.), brokerage defendants (including E*Trade and Robinhood), and the market maker defendant (Citadel Securities)—alleging violations of §1 of the Sherman Act. The complaint alleged that the three groups conspired to artificially constrict price appreciation of those stocks in order to protect Citadel by shutting down trading through the brokerage defendants on those nine stocks, which prevented the plaintiff individual investors from buying the stocks on the platforms that were allegedly engaged in the conspiracy. The complaint alleged that the conspirators did so because the investors’ purchases would have caused the share prices to rise, thus exposing Citadel to greater losses. Citadel reportedly held a short position in those stocks in the amount of $57.5 billion.

The clearing, brokerage, and market maker defendants filed a motion to dismiss, which made three arguments: (1) no evidence existed of a conspiracy, (2) no evidence existed of an alleged agreement, and (3) federal securities law precludes the investors’ antitrust theory. Having agreed with the alleged conspirators on the first point, the court never addressed the other two.

Conspiracy—direct evidence. The investors allege that they had direct evidence of a conspiracy in the form of emails sent between Citadel and Robinhood executives on and around the date of the short squeeze and emails between Citadel and E*Trade executives. All the emails did, the court said, was to indicate that the two parties agreed to chat and work together. The E*Trade emails did nothing more than address routine daily trading account reconciliation. To conclude that these emails were evidence of an unlawful agreement, the court ruled, “requires an exercise in incredible leaping logic.” Other correspondence offered as evidence of a conspiracy required the court to undertake a “chain of inferences” to give them relevance. All in all, the court said, this so-called direct evidence fell “far short of providing allegations explicitly manifesting the existence of the agreement in question.”

The court agreed that the complaint adequately alleged that the various defendants acted “similarly.” For example, on the date of the short squeeze, both the brokerage defendants and the clearing defendants restricted trading in one or more of the nine stocks in question. As a result, the complaint sufficiently established parallel conduct.

To push the complaint from conscious parallelism to conspiracy, however, the complaint still needed adequate plus factors. After examining the various alleged potential plus factors—the common motive to conspire, the actions against unilateral self-interest, the opportunity to coordinate and collude, interfirm communications, the evidence of concealment and pretext, the government investigations, and the structural characteristics of the market—the court concluded that the individual investors failed to establish any of the plus factors. For example, the allegations regarding a common motive to conspire required that the court infer a conspiracy from the fact that Citadel was an important business partner with the brokerage and clearing house defendants. Other theories were even less plausible. All that was left was parallel conduct, which the court concluded was insufficient to support an allegation of a conspiracy in violation of the Sherman Act.