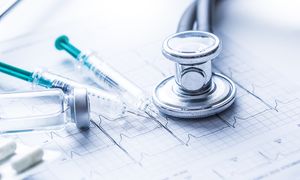 Can a state be reimbursed through a victim’s tort award for past Medicaid payments when the award is also meant for future medical expenses?

The U.S. Supreme court heard oral arguments on January 10, 2022, in a case involving whether a state Medicaid program can be reimbursed for medical expenses through a personal injury ( ...

Can a state be reimbursed through a victim’s tort award for past Medicaid payments when the award is also meant for future medical expenses?

The U.S. Supreme court heard oral arguments on January 10, 2022, in a case involving whether a state Medicaid program can be reimbursed for medical expenses through a personal injury (tort) award received by a victim that includes payment for future medical expenses from a third party. The 11th Circuit case, Gallardo v. Dudek, involves a tragic injury where a student, getting off a school bus, was hit by a truck and endured injuries leaving her in a vegetative state. The student’s parents, on her behalf, sued the truck driver, the trucking company, and the school board, and were awarded an $800K tort settlement for future as well as past medical expenses. The Florida Medicaid office had previously paid out over $800K in medical expenses and sued for partial reimbursement. The 11th Circuit held that the state could receive payment from the tort award for past Medicaid payments.

Oral arguments. The justices struggled with whether state Medicaid payments could be reimbursed from such an award. Timing of the Medicaid payments, the meaning of different sections within the statute, how the claim was brought, and the impact of a ruling on other states were main points of discussion.

Statutory language. Justice Kagan inquired as to if 42 U.S.C. §1396k or 42 U.S.C. §1396h was more relevant, “…is there any argument here that k is more relevant than h or that h is more relevant than k? Or do we just have to deal with the whole ball of wax together somehow?” The government replied that they have to be dealt with together, adding, “…there's a duty to cooperate in k that's not repeated in h. And if you treat these as two completely freestanding, unrelated provisions, then that would suggest that the beneficiary has no duty to cooperate under h.”

However, on rebuttal, the attorney for the injured party addressed the statutory sections. “…the state has…danced around the other provisions, in particular h. You've been told repeatedly it was primarily for insurers. The plain language says, ‘third party.’ A third party includes a tortfeasor…and h clarifies that without a doubt in our view.”

42 U.S.C. §1983. Justice Gorsuch acknowledged concerns about how the case is being brought and said, “This case has a different light because we have an individual suing under §1983 to protect tort compensation. But I wonder whether that premise that an individual can sue under 1983 is correct. I just don't know…a number of states have written to us saying: ‘Gosh, be careful about deciding this case on that premise because it may not be correct’…What in the statute makes you think that it's a right that belongs to individuals rather than to the federal government?”

The attorney for the injured party said, “...if you don't allow individuals to assert this right in federal court, it's effectively lost because it's the individual's…it's a statutory property right.” Justice Gorsuch replied, “Very helpful.”

State differences. Justice Sotomayor inquired about the impact on other states besides Florida. “Counsel, you just said that this decision will…force states to change. Your reading will force states to do what you're doing, correct?” The government attorney replied, “…no, I don't think they would be preempted…because I don't believe that all of the state medical plan requirements…are preemptive. I do think …it's certainly true…that the states would have an obligation likely to recover those third-party liabilities.”

A decision in the case is expected by July of this year.