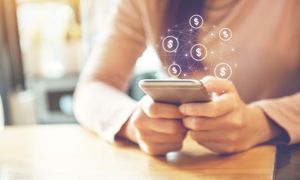 A set of rules developed by the Patent Office to determine when the validity of existing patents would be reviewed simultaneously by the judiciary and the agency could not be the su ...

A set of rules developed by the Patent Office to determine when the validity of existing patents would be reviewed simultaneously by the judiciary and the agency could not be the subject of a court challenge, the federal court in San Jose, California, has held. The court’s decision, brushing back a challenge by Apple to the PTO’s policies for initiating inter partes review of patents that are the subject of parallel litigation, leaves in place for now two highly controversial decisions of the agency that, in the eyes of many observers, defer excessively to trial courts and encourage forum shopping by aggressive litigants (Apple Inc. v. Iancu, November 10, 2021, Davila, E.).

The case involves one of the procedures applied by the Patent and Trademark Office to decide whether to allow an administrative challenge to an existing patents. Under the process established by the America Invents Act of 2011, parties have the right to ask the PTO to initiate an inter partes review, or IPR, to challenge the validity of an earlier granted patent. Because patents may be challenged in court as well as in administrative proceedings, the PTO is frequently asked to institute an IPR over a patent that is already the subject of litigation. In two precedential decisions, the Patent Trial and Appeal Board determined that in certain circumstances it will defer to the courts in lieu of initiating an IPR. In NHK Spring Co., Ltd. v. Intri-Plex Techs., Inc., No. IPR2018-00752, 2018 WL 4373643 (P.T.A.B. Sept. 12, 2018), the PTAB determined that it would defer to court proceedings that were in an “advanced state.” Two years later, in Apple Inc. v. Fintiv, Inc., No. IPR2020-00019, 2020 WL 2126495 (P.T.A.B Mar. 20, 2020), the PTAB clarified its earlier decision by setting out six factors it would consider in determining whether to defer to ongoing court proceedings, among them the investment of the parties in the parallel proceeding and the proximity of the trial date.

The so-called NHK-Fintiv doctrine has been the subject of considerable controversy within the patent community. The rule currently is the subject of petitions (e.g. Dkt. No. 21-118 and Dkt No. 21-202) for certiorari pending before the Supreme Court and is opposed by many in the patent bar on the asserted grounds, among others, that PTAB review is more accurate and more reliable. In addition, some observers have expressed concern that the application of the doctrine encourages excessive deferral to district courts that intentionally position themselves, through the setting of speedy trial dates—or “rocket dockets”—as a favored forum to aggressive patent litigants. In a recent letter to acting Director Andrew Hirschfeld, Senator Thom Thillis (R-NC) singled out the impact of the doctrine within one such forum, the well-known Waco Division of the Western Division of Texas, expressing concern over the PTAB’s “historical practice of crediting unrealistic trial schedules.”

In one of the more recent challenges to these two PTAB precedents, Apple filed this federal lawsuit against the PTO. Apple contended that the NHK-Fintiv rule was arbitrary and capricious and therefore violated the Administrative Procedure Act. Apple also argued that the PTO exceeded its statutory authority in adopting the rule and that it issued the rule without proper notice. The PTO, acting in the name of its former Director Andrei Iancu—the defendant formally named in the lawsuit—moved to dismiss on Article III and justiciability grounds, giving rise to this opinion.

Article III Standing. The court found that Apple had Article III standing to bring the lawsuit. In order to establish standing, a plaintiff must show that it has suffered a concrete injury that was caused by the challenged action and that the injury can be redressed by the courts. Apple easily met all three standards. As to Apple’s injury, the company identified several of its petitions that were refused under the NHK-Fintiv standard. The PTO argued that Apple was not harmed by these denials in any particular case because the agency had unreviewable discretion to deny petitions in the first case—so in effect the status qup prevailed. But Apple’s injury was not the denial of IPR in any particular case, but the application of a standard that increased the risk of denial and thereby denied Apple the benefit of IPR more generally. Precedents teach that “the denial of an opportunity to obtain a benefit is itself an injury-in-fact,” the court noted. Apple thus alleged sufficient injury. The factors of causation and redressability followed easily from this conclusion. The alleged injury was plainly traceable to the NHK-Fintiv standard and would cease if the standard were enjoined.

Justiciability. Although the court concluded that Apple had standing to pursue its lawsuit, it found the claim barred as nonjusticiable by the AIA. Under the Patent Act, as modified by the AIA, the PTAB’s decision whether to initiate an IPR is “final and nonappealable.” 35 USC § 314(d). That provision has been the subject of two recent decisions at the Supreme Court. In Cuozzo Speed Technologies, LLC v. Lee, 136 S.Ct. 2131 (2016), a patent holder challenged a decision to grant IPR on the grounds that the PTAB—unlawfully in the eyes of the patent holder—did so on grounds not specifically mentioned in the challenging party’s review request. The high court found that lawsuit nonjusticiable under the AIA. For one thing, the Court noted, “that is what § 314(d) says.” 136 S.Ct. at 2139. What’s more, the Court observed, the PTAB’s decision in that case was “closely tied to the application and interpretation of statutes” addressing IPR. Id. at 241. The outcome might have been different, the Court reasoned, if the PTAB had acted wholly beyond the bounds of its statutory authority or imposed procedural rules so extreme that they denied due process to a party—"such 'shenanigans' may be properly reviewable,” the Court held, id. at 2141-42—but that was not the situation here. More recently, in Thryv, Inc. v. Click-To-Call Techs., LP, 140 S.Ct. 1367 (2020), the Court applied Cuozzo in a different setting, this time a challenge to the PTAB’s application of the so-called “time bar” that prevents a petition from seeking IPR more than one year after being sued for infringement. 35 USC § 315(b). Because the lawsuit raised nothing more than "an ordinary dispute about the application of" the Patent Act, the lawsuit was barred by the AIA. 140 S.Ct. at 1373-74.

The district court held that these two decisions easily barred review here. Apple’s lawsuit, the court explained, did not assert a constitutional violation or any other alleged wrongdoing that might “fit within the categories of non-precluded review.” By contrast, just as in Cuozzo and Thryv, the lawfulness of the NHK-Fintiv rule would simply turn on “questions that are closely tied to the application and interpretation of statutes related to the [PTO’s] decision to initiate inter partes review.” Thus, the court concluded, there was no “principled reason” why preclusion of judicial review under the AIA would not extend to the PTO’s determination that parallel litigation is a factor in denying IPR.