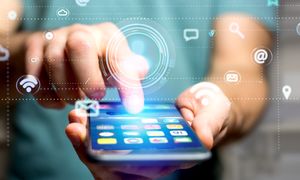 The Apple App Store developer’s complaint did not address substitutes, failed to explain how the relevant market was worldwide, and even admitted that the App Store did not prevent Apple users from accessing the app through a generic web interface.

The federal district court in San Francisco dismissed an Apple, Inc. (A ...

The Apple App Store developer’s complaint did not address substitutes, failed to explain how the relevant market was worldwide, and even admitted that the App Store did not prevent Apple users from accessing the app through a generic web interface.

The federal district court in San Francisco dismissed an Apple, Inc. (Apple) mobile app developer’s antitrust and California unfair competition claims without prejudice because the complaint was grossly deficient. Apple initially approved but later excluded plaintiff’s app from its App Store. The developer complained that he had relied on Apple’s approval when he invested resources in maintaining and marketing the app, and that the App Store was a single-brand market, but the Apple App Store was not the only channel available for distributing the app. The court further reasoned that the complaint did not address substitute products, did not explain how anyone other than the plaintiff suffered harm, and even failed to satisfy the requirements for pleading fraud. The court dismissed the complaint with explicit leave to amend (Reilly v. Apple Inc., January 7, 2022, Chen, E.).

Background. Reilly developed a smartphone app called Konverti (app). Reilly meant the app to facilitate small in-person currency exchanges on a “peer-to-peer” basis. Apple initially approved but later “abruptly” removed the app from its App Store in 2017. Apple said it removed Konverti because it was not safe, and the in-person currency exchange functionality was not appropriate for the App Store. Apple also appeared to suggest that the concept of in-person currency exchange smartphone was or might be illegal in some jurisdictions. Reilly said he was unaware of any security, legal, or reporting problems. He alleged that he spent, in reliance of Apple’s approval, over $150K in marketing the app. Reilly alleged that exclusion from the Apple App Store caused him to suffer damages. Reilly also sought injunctive relief to restore Konverti to the App Store and to alter Apple’s operation of the App Store. Apple moved to dismiss Reilly’s complaint.

Reilly argued that because Apple iPhones use Apple’s proprietary operating system, iOS, that the only channel for distributing iOS apps is through Apple’s App Store. He complained that Apple unlawfully maintained a monopoly over iOS App Distribution in violation of Sherman Act Section 2, including by preventing developers from distributing apps to iOS users outside the App Store. He also complained that Apple violated Sherman Act Section 2 by denying the app access to an “essential facility,” namely iOS. He also complained that Apple’s Developer Agreement and the terms of the Apple Store Review Guidelines were unreasonably restrained competition. He further claimed that the same alleged conduct violated California’s Cartwright Act and Unfair Competition Law (UCL).

Apple moved to dismiss Reilly’s antitrust claims on the basis that he failed to allege facts sufficient to meet two prerequisites to proceed on any antitrust theory: (1) a plausible relevant market for the claims and (2) antitrust injury. The court dismissed all the antitrust claims for failure to meet these two conditions.

As to a plausible relevant market including “both a geographic market and a product market,” the court held that Reilly crucially failed to plead anything about economic substitutes. The court noted that defining a relevant product market for determining monopoly power or the threat of monopoly control depends on the availability of alternative products. Cross-elasticity of demand is a crucial measure of substitutability. Reilly alleged a single relevant product market for his antitrust claims, Apple’s App Store. This failed for several reasons.

First, the court reasoned that single-brand markets are extremely rare and are usually aftermarkets wholly derived from and dependent on the primary market. Reilly did not explain why he defined a single-brand market around Apple’s distribution of iOS apps despite having conceded that the majority of mobile devices use the Android OS licensed by Google and that his app is available through Google’s corresponding Google Play store. Reilly likewise conceded at oral argument that Konverti is available to any iOS user by a means of a web-hosted app. The court found that Konverti was in fact available to Apple iPhone users independent of any restrictions Apple may have imposed through the Apple App Store. The court held that the relevant market definition was legally deficient because Reilly failed to define his proposed relevant market with reference to the rule of reasonable interchangeability and cross-elasticity of demand.

The court also observed that Reilly failed to allege facts indicating that the effective competitive area was worldwide. He did not attempt to allege, for example, that App Store users faced similar circumstances in every country.

The court found Reilly’s complaint similarly lacking as to antitrust injury. Reilly merely alleged that Apple excluded his app from the App Store, despite his investments in the app. This was not enough to connect his own putative injury to the circumstances of competition generally.

The court found, likewise, that when a statutory claim fails, a derivative UCL claim also fails. Even if that did not apply, the UCL claim sounded in fraud, but Reilly failed to meet particularity requirement for pleading fraud. He even failed to plead all of the elements of fraud. Reilly also failed to explain why he did not have adequate remedies at law, so the court could not entertain any claim for equitable relief in lieu of money damages.

Despite all these deficiencies, the court left the door open to Reilly to amend his complaint.