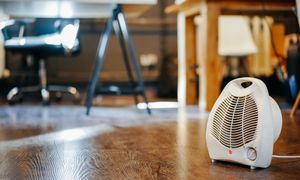 A jury’s design defect verdict in favor of a consumer who was seriously burned after a Sunbeam Space Heater tipped and fell on her was not disturbed because the manufacturer did not present any evidence that it merited a judgm ...

A jury’s design defect verdict in favor of a consumer who was seriously burned after a Sunbeam Space Heater tipped and fell on her was not disturbed because the manufacturer did not present any evidence that it merited a judgment as a matter of law or a new trial in motions filed after the verdict, a federal district court in Texas ruled. The court also upheld a $1.1 million damages award and pre- and post-judgment interest (Nelson v. Sunbeam Products, Inc., January 7, 2022, Mazzant, A.).

The consumer fell shortly after waking up on a dark winter morning, and her Sunbeam Space Heater, Model SQH310, tipped over obliquely, pressing against her back. Despite tipping over, the device did not shut off and caused third-degree burns on the consumer’s body. She filed a lawsuit against the manufacturer for defective design, defective manufacture, negligence, and breach of warranties. She asserted that safer alternative designs existed for each defect in the heater and that the alternative designs were technically and economically feasible. She requested a jury trial and sought damages for her injuries, including medical care expenses, loss of earning capacity, physical impairment, physical pain, mental anguish, and disfigurement.

The jury was persuaded by the evidence she presented on the defective design claim and returned a verdict in her favor [see Products Liability Law Daily’s September 8, 2021 analysis]. The jury considered several elements in determining the damages, which collectively totaled $1.1 million. Sunbeam filed the present motions for judgment as a matter of law and, alternatively, a new trial.

Design defect. Sunbeam challenged the jury’s finding that it was strictly liable for a design defect, arguing that the consumer failed to establish that the heater was unreasonably dangerous or that a safer alternative design existed, and that there was no evidence of causation. The court disagreed with both contentions.

First, under a holistic analysis of five factors, the court held that the jury’s finding that the design defect’s risk outweighed its utility was not unreasonable. For the first factor, cost-benefit, the consumer’s expert provided testimony that the grill of the heater could reach a temperature of 275 degrees Fahrenheit, which could cause third-degree burns if in contact for less than a second. The expert also concluded that the tip-over switch only activated when the heater tipped over directly backward or forward, but not in any other direction.

The consumer’s expert also provided testimony to meet the second factor, availability of an alternative product, opining that a secondary guard and omni-directional tip-switch could have been added to the device, as they existed in other heaters on the market and would not be unreasonably expensive or create new hazards. The third factor, overlapping the first two, was supported by evidence that adding the guard and omni-directional switch would not impair the overall usefulness of the heater. The final two factors, consumer expectations and the ability to avoid harm via general knowledge or suitable warnings, favored the consumer, as the warning was not clear as to the severity of the risk, and the device presented a risk that a warning could not eliminate.

Second, the court disagreed with Sunbeam that the consumer did not prove that a safer alternative design existed. The consumer’s expert stated that a safety guard or secondary grill could be added to the device, and that an omni-directional tip-switch also could have been included. The expert’s extensive testing showed that a secondary grill four inches from the primary grill would stabilize the maximum temperature of the grill to 110 degrees, which was 30 degrees below the burn temperature, and, thus, would significantly reduce the risk of injury. Additionally, the omni-directional tip-switch would activate if the heater was tipped at an oblique angle. The evidence supported the consumer’s contention that the heater’s tip-over switch did not activate when it was knocked over and, thus, this alternative design would have significantly reduced the injury to the consumer. The court distinguished the case law Sunbeam proffered in support of its argument, holding that the consumer’s expert in the case at bar clearly testified that the alternative design would have reduced the consumer’s injuries.

Moreover, Sunbeam’s focus on the design being able to prevent injuries was not the legal standard, which is to prevent or significantly reduce the risk of injury. Accordingly, the consumer presented sufficient evidence to meet this element. The court also was satisfied that the expert’s risk-utility analysis established that the safety alternative design reduced the risk of injury without changing the function of the heater, was technologically feasible, and was economically feasible.

Finally, the court disagreed with Sunbeam that the consumer failed to establish that the design defect was the cause of her injuries. Under applicable Texas law, a “producing cause” of an injury is one that is a substantial factor in causing the injury and without which the injury would not have occurred. Because the consumer presented substantial evidence that the defective design of the heater was a “producing cause” of her injuries, Sunbeam’s assertions were unconvincing. Sunbeam’s attempt to exclude the expert’s testimony was similarly fruitless, as the court had already considered and rejected those arguments.

New trial. Sunbeam sought a new trial on the basis that the jury should have been instructed on the design defect five-factor analysis and that the court should have excluded a video demonstrating a skin graft procedure.

Second, Sunbeam’s argument that the skin graft video’s probative value was outweighed by its danger of unfair prejudice also was unpersuasive. The court determined that it was admissible because it provided evidence of the extent of the consumer’s injuries, pain, and suffering that words alone could not convey. The court stated that, “[w]hile the video was graphic, it was not inaccurate or unfairly prejudicial.” Further, as to Sunbeam’s argument that the consumer’s expert was a future life care planner and his video showed a past procedure, the court explained that the expert’s opinions were informed by the past treatment the consumer had received. Therefore, the video was properly admitted into evidence.

Because Sunbeam failed to establish that it was entitled to judgment as a matter of law or a new trial, its motions were denied.