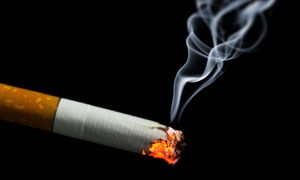 In reaching its conclusion, the state supreme court disapproved the three certified conflict cases of Allen Evers, and Konzelman reached by the Florida First, Second, and Fourth District Courts of Appeal.

A Florida punitive damages statute, as amended in 1999, applies in Engle progeny wrongful death actions in which the deceden ...

In reaching its conclusion, the state supreme court disapproved the three certified conflict cases of Allen Evers, and Konzelman reached by the Florida First, Second, and Fourth District Courts of Appeal.

A Florida punitive damages statute, as amended in 1999, applies in Engle progeny wrongful death actions in which the decedent died after the effective date of the amendments, according to the Florida Supreme Court. Accordingly, the court approved the holding of Florida’s Fifth District Court of Appeal, which reversed a $5 million punitive damages award in a 2007 wrongful death action against a tobacco manufacturer based upon Florida’s pre-1999 punitive damages statute. Florida’s high court held that the causes of action here arose when the decedent died in 2007 and, therefore, plainly were governed by the 1999 amendments (Sheffield v. R.J. Reynolds Tobacco Co., November 18, 2021, Canady, C.).

Background. The decedent, a former smoker, initially had been diagnosed with lung cancer in 1994. At that time, he underwent treatment which purportedly cured him of this first cancer. In 2003 and 2006, he was again diagnosed with lung cancer and, in 2007, he passed away. His widow, the personal representative of his estate, filed a wrongful death action seeking compensatory and punitive damages against several tobacco companies, including R.J. Reynolds Tobacco Co., based on her claim that the decedent’s death had been caused by his smoking the tobacco companies’ addictive and harmful cigarettes. The complaint alleged that the decedent was a member of the Engle class (Engle v. Liggett Grp., Inc., 945 So. 2d 1246 (Fla. 2006)) and asserted claims for negligence, strict liability, fraud by concealment, and conspiracy to commit fraud. Following a trial, the jury found R.J. Reynolds liable and awarded $1.8 million in compensatory damages and $5 million in punitive damages.

The estate argued that when a personal injury action (or potential one) becomes a wrongful death action, the “causes of action” remain the same-i.e., that the causes of action here are the decedent’s and that they arose in 1994 when he was diagnosed with lung cancer.

Application of 1999 amendments. The case presented a question concerning the application of a statutory provision enacted to impose certain limitations on the award of punitive damages. In 1999, as part of a broader tort reform act, the Florida legislature amended section 768.73 of the Florida Statutes to, among other things, presumptively preclude an award of punitive damages against a defendant in a civil action if “punitive damages have previously been awarded against that defendant in any state or federal court in any action alleging harm from the same act or single course of conduct for which the claimant seeks compensatory damages.” The legislature made the amendments applicable “to all causes of action arising after” October 1, 1999.

The question presented was whether the 1999 amendments to section 768.73 apply to Engle progeny wrongful death actions in which the decedent died after October 1, 1999. The Florida Supreme Court said that the statute is abundantly clear in its scope; it applies to all-not some-causes of action that arise after October 1, 1999. The only question, then, is when the “causes of action” in this case arose.

Because Florida’s case law establishes that wrongful death actions are distinct from personal injury actions and that there can be no wrongful death “cause of action” absent a death, the state high court concluded that the causes of action here arose when the decedent passed away in 2007 and, thus, plainly were governed by the 1999 amendments.

“We have thus never held-nor do we today-that a personal representative who brings a wrongful death action based on, say, a theory of ‘negligence,’ is prosecuting the decedent’s cause of action for negligence,” the court said. On the contrary, the Wrongful Death Act creates an independent cause of action. The issue here was not whether the estate could make a claim for punitive damages but rather whether the claim was governed by the 1999 amendments. The supreme court held that it was. The court determined that Florida case law “compels the conclusion that the ‘causes of action’ in this case arose after October 1, 1999.”

The estate argued that the Fifth District erroneously treated the terms “arising” and “accruing” as synonyms. The supreme court disagreed, noting that the estate effectively treated the terms as synonyms. Namely, after noting that “arise” means to “originate,” the estate asserted that the case “plainly ‘originates,’ ‘stems’ or ‘results’” from the decedent’s 1994 lung cancer. But linking the term “arise” to the decedent’s lung cancer was just another way of arguing that wrongful death causes of action “arise” when the decedent’s own causes of action “accrue,” an argument the high court rejected.

Specifically, the court stated that Allen not only erroneously focused on “manifestation” rather than when a cause of action arises, but Allen additionally turned in part on a misreading of In re Engle Cases, 45 F. Supp. 3d 1351 (M.D. Fla. 2014). That case involved Engle progeny personal injury actions in which the plaintiffs died but the personal representatives failed to move to amend the complaints until after the two-year limitations period for bringing wrongful death actions. The federal district court simply held that the wrongful death claims in question related back to the filing of the original Engle progeny personal injury complaint so as to not be “time barred.” The court stated that nothing in In re Engle Cases supported the proposition seemingly attributed to it by Allen, namely that statutory amendments enacted after 1994 are per se inapplicable in Engle progeny cases.

In conclusion, the high court held that the relevant 1999 amendments apply in Engle progeny wrongful death actions in which the decedent died after the effective date of the amendments. Accordingly, the court approved the result in Sheffield reached by the Fifth District and disapproved the certified conflict cases of Allen Evers, and Konzelman.

Dissent. Justice Labarga dissented, stating that the estate’s causes of action could not have arisen in 2007 because the widow of the decedent “pick[ed] up litigation of” the “same causes of action” already partially litigated years earlier by “the same parties.” The “causes of action” here necessarily arose before the decedent’s 2007 death-not, as the majority concluded, on the date of his death, the dissenting judge opined.