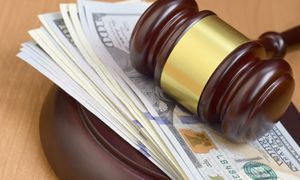 Among the support company’s violations were its failure to quarantine Oracle files mistakenly sent to it by clients and its sending of Oracle files from one customer to another.

Software support provider Rimini Street must pay Oracle over $600,000 in fines, as well as attorney fees and costs, for multiple violations of a perm ...

Among the support company’s violations were its failure to quarantine Oracle files mistakenly sent to it by clients and its sending of Oracle files from one customer to another.

Software support provider Rimini Street must pay Oracle over $600,000 in fines, as well as attorney fees and costs, for multiple violations of a permanent injunction that prohibited it from unlawfully using Oracle’s enterprise software, the federal district court in Nevada has held. But the court declined to rule for Oracle on all of its claims, including its allegation that Rimini unlawfully copied protected content while making an improvement to a component of Oracle’s software (Oracle USA, Inc. v. Rimini Street, Inc., January 12, 2022, Hicks, L.).

Oracle first sued Rimini in 2010, alleging that Rimini infringed several of Oracle’s copyrights when it used work that it completed for one client for the benefit of other clients. Following the filing of dispositive motions, the court granted summary judgment in favor of Oracle on some of its copyright infringement claims. Of importance to these proceedings was the court’s finding that Rimini violated the “facilities restriction” within PeopleSoft’s standard licensing agreement when it hosted its clients’ development environments on its own computer systems, a process called “local hosting.” The court further held that Rimini was infringing on Oracle’s copyrights when it downloaded many copies of the software off Oracle’s network and failed to adhere to the developer license.

On appeal, the Ninth Circuit affirmed the grant of summary judgment and all of the jury’s verdict on copyright infringement, but reversed regarding violations of two state laws concerning computer crimes. The court remanded the case to determine whether a permanent injunction was warranted based solely on Rimini’s copyright infringement. On remand, the court granted Oracle’s renewed motion for a permanent injunction, which enjoins Rimini from continuing to infringe on Oracle’s copyrighted software.

Oracle has now moved for an order to show cause that Rimini has violated the permanent injunction, leading to this opinion.

For example, the court found, considerable evidence showed that Rimini continued to host PeopleSoft files on its systems, without quarantining those files as required by the injunction. Correspondence between Rimini and several of its clients showed that as part of its servicing operations, Rimini clients on several occasions sent PeopleSoft files to Rimini. Moreover, Rimini only took belated steps—if at all—to notify its compliance department of the misstep and to quarantine the offending files. Although the initial transmission of the files from the clients to Rimini was not willful, the court found, Rimini’s conduct “became willful” in the case of some clients when it forwarded the prohibited materials to other Rimini employees and saved the prohibited materials to a share drive on Rimini’s systems. In other cases, the conduct was not willful, the court found, but “the absence of willfulness does not relieve from civil contempt.” Moreover, Rimini employees “never clearly articulated to clients” that they were prohibited from sending such material to Rimini. Taking this conduct as a whole, the court found, this conduct showed a lack of substantial compliance with the injunction.

Similarly, the court found, Rimini on at least one occasion tested a PeopleSoft file within a client’s environment and then sent that file it to multiple other clients. This constituted “a classic example of unlawful cross use” in which Rimini was using one client’s environment under color of license for another client. (As the court explained, cross-use is “the creation of development environments, under color of license of one customer, to support other customers.”) The court found that Rimini’s violations were neither “minor” or “technical,” nor were they the result of a good faith and reasonable interpretation of the injunction. Thus, the court found, Rimini’s unlawful conduct and violations of the injunction were willful.

Perhaps most notably, the court declined to find that Rimini made an infringing derivative copy of a certain portion of Oracle’s code. A file found on Rimini’s system contained software that appeared to augment the functionality of certain payment software developed by Oracle. Although testimony showed that roughly one third of the gross number of lines of code in the two files matched, that would not necessarily constitute unlawful copying unless the two works were substantially similar. As the court noted, works cannot be substantially similar where “analytic dissection” demonstrates that similarities in expression are either authorized, or arise from the use of common ideas or their logical extensions. Under that test, the court found, there was not clear and convincing evidence that the matching portions of Rimini’s file were substantially similar to Oracle’s file because the most significant copied elements were merely designed in order to meet certain “constraints” specific to the programming language, the function of the software, logic and efficiency of the system’s operation, or standard programming and development conventions. Thus, Rimini did not violate the injunction.

Sanctions. In light of Rimini’s multiple violations of the injunction, the court found that Oracle was entitled to compensatory damages based upon the statutory damages provision of the Copyright Act. Moreover, as the conduct was in part conducted willfully, the court noted that it had the discretion to award up to $150,000 per infringed work. Here, the court imposed a fine of $100,000 per willfully infringed work and $30,000 per non-willfully infringed work (for a total of $630,000), along with attorney fees and costs. However, the court declined to order the impoundment or escrow of Rimini’s infringing copies on its computer systems, ordering it instead to quarantine the files within three days.