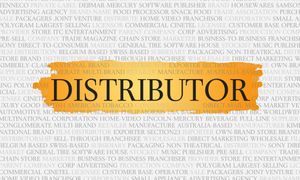 The more detailed allegations provided by the agency in its amended complaint plausibly alleged that Facebook exercises monopoly power in the market for personal social networking services. An attempt by Facebook to invalidate Chair Khan’s vote on amended complaint fell flat.

The FTC has plausibly alleged that Facebo ...

The more detailed allegations provided by the agency in its amended complaint plausibly alleged that Facebook exercises monopoly power in the market for personal social networking services. An attempt by Facebook to invalidate Chair Khan’s vote on amended complaint fell flat.

The FTC has plausibly alleged that Facebook exercises monopoly power in the market for Personal Social Networking (PSN) services in its amended complaint against the company, the federal district court in Washington, D.C. has determined, refusing to dismiss either of the discrete antitrust counts in the agency’s complaint. The court also ruled that the FTC adequately alleged that Facebook’s dominant market share is protected by barriers to entry into that market; and that Facebook not only possesses monopoly power, but that it has willfully maintained that power through its anticompetitive acquisitions of Instagram and WhatsApp. However, the court refused to allow the FTC’s allegations of monopoly maintenance through Facebook’s interoperability policies (also known as the Platform policies) to move forward; they were insufficient for the same fundamental reasons as the court previously explained, and the court dismissed that portion of the FTC’s second count. In addition, the attempt by Facebook to dismiss the suit on the grounds that the FTC’s authorization vote for the filing of the amended complaint was invalid because FTC Chair Lina Khan allegedly prejudged the issue rejected. Khan was acting in a prosecutorial capacity, as opposed to judicial capacity, in casting her vote (FTC v. Facebook, Inc., January 11, 2022, Boasberg, J.).

Prior history. According to the FTC’s original complaint, which was approved in a three-to-two vote, Facebook has maintained a monopoly position in the market for personal social networking services by buying up companies that present competitive threats and by imposing restrictive policies that unjustifiably hinder actual or potential rivals that Facebook does not or cannot acquire. The original complaint was dismissed in June 2021, with the court finding that the court held that the FTC failed to show that Facebook has monopoly power in the market for PSN services. Following that dismissal, Facebook filed a petition arguing that FTC Chair Lina M. Khan should recuse herself from participating in any decisions concerning whether and how to continue the FTC’s antitrust case against the company.

As to the next element, market share, the court had previously found the FTC stumbled at its attempt to sufficiently alleging Facebook’s market dominance. In its amended complaint, however, the FTC added substantial new allegations about the contours of Facebook’s market share, the court noted. Most notably, the amended complaint alleged far more detailed facts to support its claim that “Facebook has today, and has maintained since 2011, a dominant share of the relevant market for U.S. personal social networking services.”

Accepting the market definition (which Facebook did) and the truth of the FTC’s market-share allegations (which the court must at this stage), Facebook’s market share comfortably exceeds the levels that courts ordinarily find sufficient to establish monopoly power, the court ruled.

Finally, as to barriers of entry, the final element of monopoly power, the court addressed that issue for the first time. It held the FTC’s allegation that “Facebook’s dominant position in the U.S. personal social networking market is durable due to significant entry barriers, including direct network effects and high switching costs,” along with the supporting details, were sufficient at this stage.

Anticompetitive conduct. Along with market power, the court turned to whether the FTC plausibly alleged the second element of a Section 2 claim, willful maintenance of monopoly power. For Count 1, the court found that the FTC plausibly alleged that Facebook acquired Instagram and WhatsApp in order to neutralize actual and likely future competitors. Facebook tried to attack this finding by pointing out that the FTC must allege some anticompetitive effect—some harm to the competitive process and thereby harm to consumers. The court noted that the FTC did not, and could not, allege harm in the archetypal form of increased consumer prices, given that Facebook Blue, Instagram, and WhatsApp are all provided free of charge. But it determined that the amended complaint sufficiently alleged harm to the competitive process and thereby harm to consumers by identifying a host of other harms to the competitive process and to consumers of PSN services from the acquisitions. These included allegations of a decrease in service quality, lack of innovation, decreased privacy and data protection, excessive advertisements and decreased choice and control with regard to ads, and a general lack of consumer choice in the market for such services.

In sum, for Count 1, the amended complaint adequately alleges both elements of the offense of unlawful monopoly maintenance under Section 2 of the Sherman Act: (1) Facebook’s monopoly power in the market for PSN services; and (2) the company’s willful maintenance of that power via anticompetitive acquisitions.

As for Count 2, the court reaffirmed its previous holding that “to the extent that Facebook’s Platform-related conduct is actionable, it occurred nearly eight years ago, rendering an injunction under Section 13(b) unavailable as a matter of law.” The FTC did not put forth material new allegations requiring the Court to change tack on its Section 13(b) conclusion. However, because Count 2 included new allegations incorporating the acquisitions, the court refused to dismiss Count 2 in its entirety but allowed the count to remain given its incorporation of the acquisitions. The court added that it would not permit what would certainly be time-consuming and costly discovery on Facebook’s Platform policies, moreover, even if discovery fully corroborated Plaintiff’s allegations about the Platform policies, there still would be no basis for a trial on that portion of Count 2.

Recusal of Khan. Facebook asked the court to either dismiss the amended complaint as “not properly authorized by the Commission” or require that the FTC address the merits of the petition that Facebook filed with the agency seeking the recusal of Chair Khan. The company argued that Khan’s participation in the vote to authorize the amended complaint violated federal law given her extensive past work on antitrust issues involving major technology platforms, including “purported factual findings and legal conclusions to the effect that Facebook has violated Section 2 of the Sherman Act” in a Report of the House Judiciary Committee’s Subcommittee on Antitrust, Commercial, and Administrative Law. The court disagreed. It found that the best analogy for analyzing Chair Khan’s actions in voting to file this case was that of a prosecutor, not an administrator or judge. There was no indication that Khan’s decision to seek reinstatement of the FTC’s suit against Facebook was based on anything other than her belief in the validity of the allegations and such behavior did not necessitate recusal. Thus, the amended complaint was properly authorized.