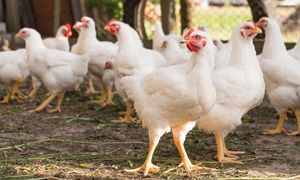 The court found that specific witness testimony or exhibits were sufficient for a jury to find each guilty of conspiracy to manipulate prices.

The federal district court in Denver denied all of the individual defendants’ respective Rule 29 motions for acquittal in a Department of Justice Antitrust Division action aga ...

The court found that specific witness testimony or exhibits were sufficient for a jury to find each guilty of conspiracy to manipulate prices.

The federal district court in Denver denied all of the individual defendants’ respective Rule 29 motions for acquittal in a Department of Justice Antitrust Division action against broiler chicken price fixing. After the initial indictment of the individuals connected with the various broiler chicken suppliers, the court had accepted a guilty plea from Pilgrim’s Pride Corporation (Pilgrim’s) in February 2021. The government proceeded to try the natural persons for violation of Section 1 of the Sherman Act, conspiring to rig broiler chicken bids and prices. At the close of their cases, each natural person defendant moved for acquittal under Rule 29. After the jury failed to reach a verdict as to any of the individual defendants, the court declared a mistrial in December 2021. Meanwhile, as to the Rule 29 motions, the court found the testimony of government witness Robbie Bryant or specific exhibited communications sufficient to convict each of them. A few defendants argued that the charges fell outside the limitations period or that the evidence the government presented diverged from the indictment, but the court rejected these arguments (U.S. v. Penn, January 13, 2022, Brimmer, P.).

Among the individuals charged with conspiring to rig broiler chicken bids and fix prices in the original indictment were Jayson Penn and William Lovette, who had reportedly served as CEOs of Pilgrim’s, and two other individuals who were associated with the company. Executives at Claxton Poultry Farms (Claxton), as well as employees of unnamed producers, were charged as well. Tyson Foods, Inc. (Tyson) previously reported that it was fully cooperating with the Justice Department. Individual defendants Lovette and Penn, among others, were excluded from the Pilgrim’s plea agreement.

The government charged each individual with violating 15 U.S.C. § 1, conspiring to rig bids and fix prices in the broiler chicken industry. Trial began on October 25, 2021. The government rested on November 24, 2021. The Defendants each moved for judgment of acquittal under Rule 29 at the close of their cases. The jury began deliberating on December 9, 2021, but it did not reach a verdict as to any defendant, so the court declared a mistrial on December 16, 2021.

The court had instructed the jury that in order to find any defendant guilty, they must be convinced that the government proved beyond a reasonable doubt that the charged price-fixing and bid-rigging conspiracy existed at or about the times alleged; that the defendant voluntarily and intentionally participated in the conspiracy; and that the conspiracy affected interstate commerce.

Each defendant argued in the Rule 29 motions that there was insufficient evidence to convict him. Some made additional arguments about legal deficiencies in the case.

As to sufficiency of evidence, the court searched the record for evidence of the charged conspiracy. The court found that the testimony of government witness Robbie Bryant, a Pilgrim’s Pride (Pilgrim’s) employee, was sufficient to support a finding beyond a reasonable doubt that Pilgrim’s, Koch Foods (Koch), Claxton Poultry (Claxton), Tyson Foods (Tyson), Mar-Jac Poultry (Mar-Jac), and George’s Inc. (George’s) all conspired to rig bids and fix prices. He testified that they exchanged price information for the purpose of manipulating prices.

Defendant Penn argued there was insufficient evidence to prove that he knowingly joined the alleged conspiracy. The court disagreed, finding that the evidence showed that Penn forwarded an email to defendant McGuire about Pilgrim’s raising prices. Given that and other similar communications, the court held the jury had sufficient evidence to convict Penn.

As to defendants Brady, Austin, Little, Lovette, Roberts, Blake, and Mulrenin, the court likewise held that their various respective conversations with Penn, the Bryant testimony, or else specific exhibits, were sufficient as applicable to each for the jury to convict them.

Defendant Fries argued that Claxton actually reduced prices, so it could not have been part of the conspiracy. The court observed that the law does not depend on success, the mere agreement to conspire is illegal.

Defendant Kantola made a variety of arguments beyond insufficiency of evidence to convict him. He additionally argued that the court should apply the rule of reason, rather than per se analysis; that his conduct was outside the limitations period; that the trial evidence diverged from the indictment; and that the Sherman Act was unconstitutionally vague in this context.

The court related that it had already considered and rejected most of Kantola’s arguments, including the supposition that ordinary people cannot understand the Sherman Act. The court found that the case, as charged, was about horizontal restraints imposed by agreement between competitors, and these are unreasonable per se. As to the sufficiency of evidence against Kantola, as with others, the court found Bryant’s testimony sufficient.

As to the question of variance from the indictment, Kantola argued the government had only proved individual conspiracies. The court reasoned that Kantola was arguing simple variance, already resolved during jury instruction conferences and in answer to a jury note. As to the limitations period, Kantola argued that even if there were a conspiracy, he withdrew from it before October 6, 2015. Again, the court said it had already held that there was an insufficient factual predicate to give a jury instruction as to withdrawal. The court further held that a Sherman Act conspiracy remains actionable until its purpose is achieved or abandoned. The statute does not run so long as the co-conspirators engage in acts to advance it. The court based this holding again on Bryant testimony that conspiratorial acts occurred in 2017. The court likewise rejected defendant Roberts’ similar variance and limitations period arguments.