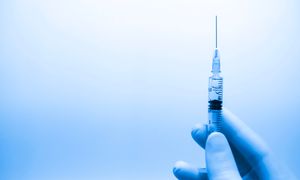 Applying balancing criteria, employees had a substantial privacy right in protecting against public knowledge of their identities that outweighed the presumption of openness in judicial proceedings, allowing them to proceed via pseudonyms.

A federal district court in Colorado has granted the Motion for Leave to Proceed An ...

Applying balancing criteria, employees had a substantial privacy right in protecting against public knowledge of their identities that outweighed the presumption of openness in judicial proceedings, allowing them to proceed via pseudonyms.

A federal district court in Colorado has granted the Motion for Leave to Proceed Anonymously filed by employees in a lawsuit brought against the Board of Regents of The University of Colorado (University or Defendants) seeking religious exemption from COVID-19 vaccination. Although proceeding under a pseudonym in federal court is, by all accounts, an unusual procedure, in the instant case, the court found that the current political climate and public attitudes concerning those who refuse vaccination from COVID-19 actually do exist and must be considered by the court under the balancing tests required in such cases (Jane Does 1-11 v. Board of Regents of the University of Colorado, anuary 5, 2022, Tafoya, K.).

Religious exemptions sought. The employees of the University who sought to enforce a religious, not medical, exemption to the University’s policy regarding mandatory vaccination against COVID-19 and its variants. The only medical condition common to the Plaintiffs pertinent to their case was their unvaccinated status, and it was this status which caused all of the Plaintiffs to incur damages related to their employment. However, before adjudicating the merits of their claims, the court considered their motion to proceed anonymously, a motion which was opposed by the University.

Anonymous pleadings an exception to the rule. The court began its discussion by noting that proceeding under a pseudonym in federal court is, by all accounts, “an unusual procedure,” and that the public has a common law right to access judicial records and documents in civil cases—but that the right is not absolute. The Tenth Circuit has recognized three “exceptional” circumstances in which permitting a party to proceed under a pseudonym is appropriate, including: (1) cases involving matters of a highly sensitive and personal nature, (2) cases involving a real danger of physical harm, or (3) where the injury litigated against would be incurred as a result of the disclosure of the plaintiff’s identity. Both the injury litigated against and also whether or not revelation of a plaintiff’s identity may itself visit that very injury were relevant to the present case.

Substantial privacy right. Regarding the public’s interests, the court further noted that it is proper to weigh the public interest in determining whether some form of anonymity is warranted, and that ordinarily, parties using the courts must be prepared to accept that public scrutiny is an inherent part of public trials; however, ultimately, the test for permitting a plaintiff to proceed anonymously is whether the plaintiff has a substantial privacy right which outweighs the customary and constitutionally-embedded presumption of openness in judicial proceedings.

The employees asserted that the vaccination status of a person is recognized to be protected, confidential information by an array of federal statutes, including the Americans with Disabilities Act (ADA), as well as the Family Educational Rights and Privacy Act, and the Health Insurance Portability and Privacy Act (HIPPA). However, the fact that the employees’ medical information is protected by federal statute did not alone create an interest which may be considered highly sensitive and personal. In dealing with anonymity motions, courts have by and large conspicuously ignored that particular argument.

Economic, professional harm not sufficient. Although revelation of medical conditions might embarrass litigants, a risk of embarrassment-damage to an employee’s professional reputation is insufficient to constitute an exceptional circumstance warranting leave to proceed anonymously, and therefore, leave to proceed under a pseudonym will not be granted where only the plaintiff’s economic or professional concerns are involved.

The court next turned to consideration of the current political climate regarding vaccinations and the impact on the employees’ privacy rights. The court observed that the political climate and public attitudes concerning those who refuse vaccination from COVID-19 actually do exist and must be considered by the court under the balancing required by the Tenth Circuit. The employees argued that if outside persons know they have chosen to be unvaccinated, they are personally subject to a substantial risk of retaliation, including physical harm. They cited the comment of an online commentator who derided those attending a vaccine-mandate protest, calling for them to be “gunned down.”

Vaccine mandate controversial. Lastly, the court reiterated that there is no question that there exists in our nation a certain enmity from some persons in society against those persons who choose not to become vaccinated. Arguments on both sides of the vaccine mandate controversy are often vitriolic and personal; the court noted it was not attempting to resolve those conflicts, but simply to recognize them and balance the danger posed to individuals being labeled so-called “anti-vaxxers” against legal precedent holding that courts are public institutions which exist for the public to serve the public interest and that secret court proceedings are anathema to a free society.

There was no argument posited that the employees were not sincere in their religious objections to receiving the currently available vaccines, and, the court noted that because the University was fully aware of the identities of the employees, there was no harm or prejudice to the University by keeping the employees’ identities out of the public purview. The court agreed with the employees that there was only a weak public interest in knowing the litigants’ identities in this case. Therefore, applying the balancing criteria set forth in Roe v. Catholic Health Initiatives Colorado, No. 2012 WL 12840, the court found that the employees had a substantial privacy right in protecting against public knowledge of their identities that outweighed the presumption of openness in judicial proceedings under these limited circumstances and that they should be allowed to proceed via pseudonyms.

Companies: Board of Regents of the University of Colorado