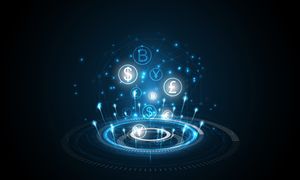 Legislation that would prohibit the Federal Reserve from issuing a central bank digital currency (CBDC) directly to individuals has been introduced by Rep. Tom Emmer (R-Minn), a member of the House Financial Services ...

Legislation that would prohibit the Federal Reserve from issuing a central bank digital currency (CBDC) directly to individuals has been introduced by Rep. Tom Emmer (R-Minn), a member of the House Financial Services Committee. Rep. Emmer’s bill reflects the thinking of Republican members of the Financial Services Committee, who have called for the private sector to lead the development of a CBDC (see Banking and Finance Law Daily, Nov. 16, 2021).

In a press release, Rep. Emmer expressed concerns about the Federal Reserve providing “retail” banking services and the prospect that a Federal Reserve-issued CBDC would result in Americans’ personal financial data being exploited. “As other countries, like China, develop CBDCs that fundamentally omit the benefits and protections of cash, it is more important than ever to ensure the United States’ digital currency policy protects financial privacy, maintains the dollar’s dominance, and cultivates innovation,” he said.

“CBDCs that fail to adhere to these three basic principles could enable an entity like the Federal Reserve to mobilize itself into a retail bank, collect personally identifiable information on users, and track their transactions indefinitely,” he added.

“Not only would this CBDC model centralize Americans’ financial information, leaving it vulnerable to attack, but it could also be used as a surveillance tool that Americans should never tolerate from their own government,” Rep. Emmer warned.

“Requiring users to open up an account at the Fed to access a U.S. CBDC would put the Fed on an insidious path akin to China’s digital authoritarianism,” he said. “It is important to note that the Fed does not, and should not, have the authority to offer retail bank accounts.”

“Regardless, any CBDC implemented by the Fed must be open, permissionless, and private. This means that any digital dollar must be accessible to all, transact on a blockchain that is transparent to all, and maintain the privacy elements of cash,” he said.

The two-page bill, which has not yet been assigned a number, says it aims “[t]o amend the Federal Reserve Act to prohibit the Federal reserve banks from offering certain products or services directly to an individual, and for other purposes.”