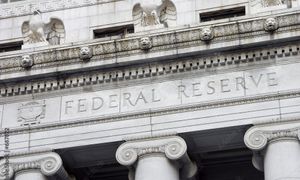 President Joseph R. Biden has nominated Sarah Bloom Raskin to serve as Vice Chair for Supervision of the Board of Governors of the Federal Reserve System and nominated Lisa Cook ...

Biden described Raskin as “among the most qualified nominees ever for the position of Vice Chair for Supervision,” and said that Jefferson and Cook “are talented economists with decades of experience working on a broad range of economic issues.” He stated that the group “will bring much needed expertise, judgment and leadership to the Federal Reserve while at the same time bringing a diversity of thought and perspective never seen before on the Board of Governors. They will continue the important work of steering us on a path to a strong, sustainable recovery, while making sure that price increases do not become entrenched over the long term.”

In a statement on the nominations, Secretary of the Treasury Janet L. Yellen said that the full state of nominees “are committed to the board’s dual mandate of stable prices and maximum employment and represent a diversity of backgrounds that will bring important new perspectives.”

Yellen noted that the country continues to face new challenges, “but we have made remarkable strides to put our economy on strong footing.” Yellen also said that she knows “these individuals will respect the tradition of an independent Fed, as they work to fight inflation, support a strong labor market and ensure our economic growth benefits all workers.” Yellen urged the Senate to “act swiftly to confirm these nominees” and stated that a “fully staffed Federal Reserve is critical to our economic success.”

Cook. Lisa D. Cook is a Professor of Economics and International Relations at Michigan State University. She was the first Marshall Scholar from Spelman College and received a second B.A. in Philosophy, Politics, and Economics from Oxford University. She earned a Ph.D. in economics from the University of California, Berkeley with fields in macroeconomics and international economics. She was an adjunct professor at Harvard University’s Kennedy School of Government, Deputy Director for Africa Research at the Center for International Development at Harvard University, and a National Fellow at Stanford University. Among her current research interests are economic growth and development, innovation, financial institutions and markets, and economic history.

Jefferson. Philip N. Jefferson is Vice President for Academic Affairs and Dean of Faculty and the Paul B. Freeland Professor of Economics at Davidson College. He serves on the Vassar College Board of Trustees, the Board of Advisors of the Opportunity and Inclusive Growth Institute at the Federal Reserve Bank of Minneapolis and is a past president of the National Economic Association. He is a Faculty Affiliate of the Institute for Research on Poverty at the University of Wisconsin-Madison. His research has appeared in several journals and has been funded by grants from the National Science Foundation. Dr. Jefferson previously served as chair of the Economics Department at Swarthmore College, where he was the Centennial Professor of Economics. He was an economist at the Board of Governors of the Federal Reserve System.

Public Citizen statement. Advocacy group Public Citizen released a statement on the nominations. “These are excellent choices to put ordinary Americans above the interests of Wall Street,” said David Arkush, managing director of Public Citizen’s Climate Program. “Every member of the Fed Board should take the agency’s full mission seriously—refusing to sacrifice employment to inflation fears, advancing racial equity within the banking system, and mitigating the grave financial threat from climate change rather than bowing to political pressure to ignore it. Biden’s slate of nominees should put the Fed on a better track.” Arkush noted that the nominees “mark a new chapter in the diversity” of the Fed, “including the first African American woman and the fourth Black man to serve on the Board.”