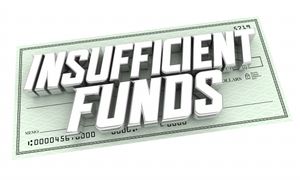 The banks announced plans to cut or eliminate a range of fees for customers who overdraw funds from their accounts, stating that the changes will help customers improve their financial health.

Fees for non-sufficient funds (NSF) at Bank of America will go away in February, and overdraft fees will drop to $10 from $35 beginning in May, the ban ...

The banks announced plans to cut or eliminate a range of fees for customers who overdraw funds from their accounts, stating that the changes will help customers improve their financial health.

Fees for non-sufficient funds (NSF) at Bank of America will go away in February, and overdraft fees will drop to $10 from $35 beginning in May, the bank announced. The fee for transferring funds under the bank’s Balance Connect overdraft protection service will end in May as well. The moves, along with others taken in recent years, will lead to a 97 percent drop in overdraft fee revenue since 2009, Bank of America said. The bank said it has worked with a community advisory council over the last decade to help clients manage their accounts and overall finances. “These latest steps will further support our clients and empower them to create long-term financial wellness,” said Holly O’Neill, president of retail banking.

Meanwhile, Wells Fargo, which in 2020 introduced a consumer bank account with no overdraft fees, announced that by the end of the first quarter it will eliminate NSF fees as well as transfer fees for customers using the bank’s overdraft protection service to move funds between linked accounts. Wells Fargo also said it will allow customers receiving eligible direct deposits to access their funds as many as two days earlier than scheduled. That change will take place in the third quarter, as will a new policy allowing a 24-hour grace period before deposit account overdraft fees take effect. And by the end of the year, Wells Fargo will offer qualifying customers short-term loans of up to $500 that can be repaid in monthly installments. “The changes increase choices and flexibility, and as a result will bring more people into the mainstream banking system and away from higher-cost options outside of it,” said Marc H. Morial, president of the National Urban League and a member of Wells Fargo’s Banking Inclusion Initiative Task Force.

In a statement responding to the Bank of America announcement, Center for Responsible Lending President Michael Calhoun said that cutting fees for overdrafts and bounced checks will provide relief for customers who can least afford the charges, which he said disproportionally affect low-income, Black, and Latino Americans. “The cost of processing NSFs has decreased dramatically in recent years, and banks that use the high cost of repeat overdraft fees to increase their profits contribute to pushing low-income and working Americans out of the banking system,” Calhoun said.

Overdraft fees have been steadily rising, accounting for $15.5 billion in revenue in 2019, according to the Consumer Financial Protection Bureau. Overdraft and NSF fees made up as much as two-thirds of reported fee revenue for some banks, the CFPB said in a December 2021 report (see Banking and Finance Law Daily, Dec. 2, 2021). CFPB Director Rohit Chopra said at the time the Bureau would “be taking action” to ensure banks compete on service quality and interest rates, rather than becoming “hooked on overdraft fees to feed their profit model.” On the heels of these reports, one of the nation’s largest banks announced that it will be eliminating overdraft and NSF charges. Capital One, America’s 6th-largest retail bank, announced on Dec. 1, 2021, that it will completely eliminate all overdraft fees and NSF fees for its consumer banking customers.