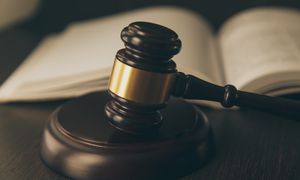 Allowing Boeing to restrict derivative actions to Delaware state court would leave plaintiffs without a forum to litigate derivative claims under Exchange Act Section 14(a).

Reversing a district court opinion, the Seventh Circuit held that Delaware law blocked a Boeing bylaw that attempted to restrict derivative lawsuits to the De ...

Allowing Boeing to restrict derivative actions to Delaware state court would leave plaintiffs without a forum to litigate derivative claims under Exchange Act Section 14(a).

Reversing a district court opinion, the Seventh Circuit held that Delaware law blocked a Boeing bylaw that attempted to restrict derivative lawsuits to the Delaware Court of Chancery. The court determined that while Delaware law gives corporations considerable leeway, it does not empower companies to use bylaws to opt out of the Exchange Act, which requires claims be brought in federal court. Judge Easterbrook dissented based on a different read of the Delaware General Corporation Law and the fact that the plaintiff retains the option to sue directly (Seafarers Pension Plan v. Bradway, January 7, 2022, Hamilton, D.).

Chicago-based Boeing is a Delaware company that adopted a bylaw that requires derivative suits be brought in Delaware state court. A Boeing shareholder sued the company under Exchange Act Section 14(a) for allegedly making false and misleading statements in its proxy statements concerning the development and operation of the 737 MAX aircraft. Boeing successfully argued to the federal district court in Chicago that the bylaw foreclosed the lawsuit in that forum. The district court expressed sympathies with the resulting dilemma—per the bylaw, the suit must be brought in a Delaware court, but the Exchange Act grants federal courts exclusive jurisdiction over Section 14(a) suits—but concluded that the weight of authority favored Boeing.

The bylaw, if enforceable, would force the plaintiff to raise its Exchange Act claims in a state court that lacks jurisdiction over them—“checkmate for defendants.” But Exchange Act Section 29(a) deems contractual waivers of compliance with the Act’s requirements to be void.

DGCL Section 115. On de novo review, the appeals court looked to Delaware corporation law to assess the enforceability of the forum bylaw. Section 115 of the Delaware General Corporation Law allows bylaws to require, “consistent with applicable jurisdictional requirements,” that internal corporate claims be brought in “courts in this state.” The legislative history of Section 115 anticipated this situation, the court wrote, as the Delaware General Assembly cautioned that the section was “not intended to authorize a provision that purports to foreclose suit in a federal court based on federal jurisdiction, nor … limit or expand the jurisdiction of the Court of Chancery or the Superior Court.”

DGCL Section 109. The defendants argued that the Boeing bylaw was authorized under a different section of the DGCL, Section 109(b), which provides that “bylaws may contain any provision, not inconsistent with law or with the certificate of incorporation, relating to the business of the corporation, the conduct of its affairs, and its right or powers or the rights or powers of its stockholders, directors, officers or employees.” The court identified two problems with this argument: the fact that statutory provisions that address a specific situation, like Section 115’s application to bylaws specifically, usually take precedence over more general provisions; and the limit “not inconsistent with law” contained in Section 109.

The defendants read too much into Salzberg in an attempt to counter that first principle; that case neither applies to Exchange Act claims nor bars plaintiffs from challenging federal forum provisions. And observations made by the Delaware Court of Chancery in Boilermakers Local 154 Retirement Fund v. Chevron Corp. (Del. Ch. 2013) made clear that Section 109(b) does not authorize a forum bylaw such as Boeing’s. Boilermakers Fund explained that the forum selection bylaws at issue did not purport to foreclose a plaintiff from exercising a federal statutory right; in fact, Chevron’s bylaw had been amended to avoid the problem in the Boeing case by expressly allowing cases to be filed in federal court in Delaware.

The appeals court noted that the plaintiffs asked a hypothetical question describing the Boeing case: “Suppose the board of FedEx sought to enforce the forum bylaw to foreclose a plaintiff from bringing a claim within the exclusive jurisdiction of the federal courts?” Chancery wrote that in such a case, the board would run into a conflict with the antiwaiver provisions of the Exchange Act. The court’s “brief foray” into this hypothetical “signals clearly enough that Delaware law would not look kindly on defendants’ effort to apply the Boeing bylaw,” the Seventh Circuit wrote.

Dissent. Judge Easterbrook dissented from the opinion, stating that the plaintiff would retain its right to bring a direct, rather than derivative, suit in federal court. Delaware could abolish derivative actions entirely without violating federal law, he posited. If states can do this, they can allow corporations to place conditions on derivative suits. “The federal right is for investors or the SEC to sue directly,” he wrote; “A derivative suit adds only a procedural snarl.”

To Judge Easterbrook’s reading, Section 115 does not prohibit bylaws that limit derivative claims to state court, but rather those that prevent litigation in state court. He also faulted the majority for homing in on the language “courts in this state” when the statute reads “any or all of the courts in this state.” “The option to choose among ‘any’ of the courts ‘in’ Delaware gives Boeing the right to do exactly what it has done,” he wrote. By contrast, the majority read “any or” out of the statute, leaving Boeing the option only to choose “all.”