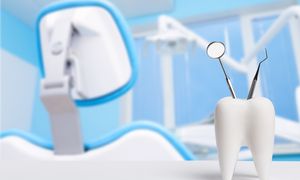 Kentucky Supreme Court was predicted to agree that an average person would not deem a COVID-19 mandate to be a tangible deprivation of property.

A dentist whose practice lost income during a six-week shutdown for routine visits as mandated by the state government to help slow the spread of COVID-19 could not recover business los ...

Kentucky Supreme Court was predicted to agree that an average person would not deem a COVID-19 mandate to be a tangible deprivation of property.

A dentist whose practice lost income during a six-week shutdown for routine visits as mandated by the state government to help slow the spread of COVID-19 could not recover business losses under his insurance policy’s “direct physical loss” provision because an average person would not consider business losses to be the same as the loss of tangible property, the U.S. Court of Appeals of the Sixth Circuit ruled, upholding the lower court’s reasoning. The appellate court predicted that the state high court would agree, particularly as the ruling was consistent with case law and Kentucky’s contract law principles (Estes v. Cincinnati Insurance Co., January 12, 2022, Murphy, E.).

Background. In mid-March 2020, Kentucky issued an order restricting healthcare professionals to only provide emergency procedures for a span of six weeks. This shutdown caused practitioners to lose considerable business revenue from the prohibition on their non-emergency procedures. A dentist whose offices were impacted by the shutdown sought to recover his losses under a business property insurance policy that he bought before the pandemic from Cincinnati Insurance Company.

Insurance policy. According to the policy, the dental office’s business property was insured against “Covered Causes of Loss” and would be paid for “direct ‘loss’” of the insured’s “Covered Property.” “Covered Causes of Loss” were defined in the policy as any “direct ‘loss’” except losses originating from expressly excluded sources, such as earthquakes or government seizures. Further, the policy defined “loss” to mean “accidental physical loss or accidental physical damage.” Additionally, the policy provided coverage for direct “loss” to the dental office’s property under other provisions: “Business Income,” “Extra Expense,” “Civil Authority,” “Ingress and Egress,” and “Dependent Properties.”

The dentist filed a coverage claim with Cincinnati to recover the business’s lost income and extra expenses incurred by the government shutdown orders and COVID-19 responses, although none of his business property suffered “physical damage.” The insurer denied the claim, prompting the dentist to filed a breach-of-contract and bad-faith denial of courage lawsuit. Cincinnati filed a motion to dismiss, which the lower court granted on the determination that the policy did not cover the business’s claims. The dentist filed the present appeal.

In the absence of a Kentucky Supreme Court ruling on how this common insurance language applies in the COVID-19 context, the federal appellate court predicted that the high court would agree with the insurer. The appellate court explained that an “average person” would read the “physical loss” phrase to mean that the property owner was tangibly deprived of the property or that the property was tangibly destroyed. The dental offices were not destroyed by COVID-19, nor did the government orders dispossess the dentist from use of the offices, especially as the dentist was permitted to use them for emergency care. Effectively, the impact of COVID-19 and the government orders were “economic” or “business” losses, which were bolstered by the amount of coverage sought by the dentist. He did not seek to recover for property loss—only the income and expenses lost because of the government orders. The appellate court pointed out the distinction by stating that the dentist “bought a property insurance policy, not a profit insurance policy. “ (emphasis in the original).

Moreover, the dictionary definitions of “direct,” “physical,” and “loss” support this reasoning. When reading the policy as a whole, the coverage provisions would not make much sense if the required “loss” was not tangible. Insurance law treatises and applicable case law support Cincinnati’s reading. Further, six other federal appellate circuit courts have rejected COVID-19-related claims concerning nearly identical language. Therefore, because the lower court’s dismissal of the dentist’s lawsuit was proper, its judgment was affirmed.