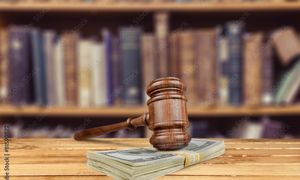 The court declined to revive his hostile work environment claim because it was not apparent the offensive racist comments and conduct continued after Walmart’s investigation.

Affirming a jury’s verdict and $75,000 punitive damages award in a former Walmart employee’s favor on his retaliation claim, the Fif ...

The court declined to revive his hostile work environment claim because it was not apparent the offensive racist comments and conduct continued after Walmart’s investigation.

Affirming a jury’s verdict and $75,000 punitive damages award in a former Walmart employee’s favor on his retaliation claim, the Fifth Circuit found there was enough evidence to conclude his manager was sufficiently aware of his discrimination complaints when she took disciplinary action against him and that such action would not have occurred but for those complaints. The court, however, affirmed the district court’s ruling in Walmart’s favor on his hostile work environment claim, finding it was not evident a triable dispute existed regarding whether the company remained aware he suffered continued harassment and failed to take remedial action (Wantou v. Walmart, January 10, 2022, Engelhardt, K.).

A Black pharmacist from Cameroon, West Africa filed suit against his former employer, Walmart, alleging discrimination based on race, color, and national origin, illegal harassment, a hostile work environment, and retaliation. He challenged his termination from employment, three written “coachings” (formal workplace disciplinary actions), a threat of demotion, and Walmart’s failure to pay him for approximately 24 hours of work. Based on these assertions, he requested relief in the form of back pay, front pay, compensatory and punitive damages, attorney’s fees, and restitution under quantum meruit for unpaid work.

Most claims dismissed, two went to jury. The district court dismissed by summary judgment all the pharmacist’s claims except for his Title VII retaliation claims and his quantum meruit claim. In October 2019, the remaining claims were presented to a jury. The jury rejected all but one claim – regarding the third coaching – for which it awarded $75,000 in punitive damages. It also provided an advisory verdict recommending an award of $32,240 in back pay and $0 in front pay. Post-trial, the district court entered judgment in the pharmacist’s favor as to the third coaching, awarding $75,000 in punitive damages but only $5,177.50 as back pay. Attorney’s fees also were awarded to him as a prevailing party.

Claims on appeal. The pharmacist now challenges the jury’s rejection of his retaliation claims regarding his termination and first and second coachings, and the jury’s failure to award compensatory damages or restitution for unpaid work and other benefits. He also contests the district court’s front and back pay awards, the summary judgment dismissal of his discrimination and hostile work environment claims, and a number of the district court’s rulings regarding proposed jury instructions, the admission of evidence, and limitations on trial time.

Walmart appeals all aspects of the district court’s judgment and post-judgment rulings that are favorable to the pharmacist. It also argues that punitive damages, if awarded, should be remitted to no more than $10,355.

Hostile work environment. The appellate court first addressed the pharmacist’s argument that the district court misstated and misapplied the applicable legal standard for an actionable HWE claim. The court agreed that comments the pharmacist attributed to his co-workers were unquestionably reprehensible and noted that if that were the only evidence before the court, it would likely vacate and remand the district court’s summary judgment relative to his hostile work environment for further consideration.

However, it did not think that was necessary because of the fifth requirement for an actionable work environment claim, i.e., that “the employer knew or should have known” about the harassment and “failed to take prompt remedial action.” The court found it was not evident that a triable dispute existed relative to whether Walmart remained aware that the pharmacist suffered continued harassment and failed to take prompt remedial action. Although there were multiple references to co-workers’ offensive comments in the pharmacist’s deposition testimony, the same frequency and specificity was not true of Walmart’s documentation or the written statements he provided to Walmart in connection with his various complaints to the company.

Moreover, it was not apparent that offensive racist comments and conduct continued after the investigation and instruction that Walmart managerial personnel provided in late 2015 in response to the pharmacist’s complaint to management. In addition, on April 25, 2016, both the pharmacist and a coworker received a written coaching by Walmart’s health and welfare director for not maintaining communication as they had previously been instructed to do. One of the pharmacy managers also met with the pharmacist and pharmacy technicians on April 26, 2016, to restate the requirement that all personnel act professionally in the pharmacy. Thus, based on its determination of the fifth element of an HWE claim, the court found no reversible error in the district court’s summary judgment ruling in Walmart’s favor.

Sufficient evidence supported the verdict. Turning to the jury’s verdict regarding the merits of the pharmacist’s retaliation claim, the court found the verdict was not against the weight of the evidence, and it could not say that a reasonable person could only have reached an opposite decision. In addition, no reversible legal error had been identified. The record reflected the jury was presented with all relevant evidence, heard arguments by counsel and received the necessary instruction regarding applicable law by the district court. Particularly regarding the third coaching, there was enough evidence to allow the jury to conclude that the pharmacy manager was sufficiently aware of the pharmacist’s various ethics and discrimination complaints when she issued that coaching, and that the coaching would not have occurred but for those complaints. Thus, the court found no reason to set aside the judgment of the district court and the jury’s verdict relative to this claim.

Jury verdict form not inconsistent. The court also rejected the pharmacist’s arguments regarding inconsistences in the jury verdict form and the back pay award. Question 4, to which the jury responded “yes,” asked whether he would not have been issued a third written coaching but for his complaints. Question 6 asked whether he would not have been terminated but for his complaints and the jury answered “no.” The pharmacist argued that because the jury found his third coaching was retaliatory, and the coaching was a but-for cause of his termination, his termination was retaliatory, and the jury could not have answered question 6 in the negative. The court noted his argument rested on his assertion that his third coaching was necessary for his termination.

However, as the district court concluded, a reasonable jury could disagree. The evidence suggested that Walmart’s coaching levels were a guideline rather than a strict hierarchy. In addition, Walmart presented evidence that providing immunizations beyond the age parameters established by the Standing Order was an immediately terminable offense. The evidence more than adequately supported the notion that Walmart’s termination decision turned on the fact that the pharmacist continued to immunize outside of the Standing Order’s approved age groups, even after having been specifically and expressly instructed not to do so, rather than the mere fact that he already had received a third coaching. Thus, a reasonable jury could find that his termination did not depend upon the third coaching.

Back pay award upheld. Regarding the back pay award, question 7 on the verdict form did not dictate that “full back pay” had to be awarded. Rather, it asked the sum of money that would fairly and reasonably compensate the pharmacist for lost wages and benefits, if any, that Walmart was determined to have caused. Moreover, the parties had not disputed the district court’s determination that it, not the jury, was charged with deciding the actual amount of pay to be awarded. Thus, “the final determination regarding the role that retaliation played vis-à-vis [the pharmacist’s] termination and back pay award was the district court’s to make, not the jury’s,” the court wrote.

Punitive damages upheld. The court also affirmed the district court’s ruling on punitive damages, agreeing with the lower court that the pharmacist presented evidence that would allow a reasonable jury to conclude the pharmacy manager acted with malice and Walmart did not exercise good faith. The manager was trained on Walmart’s statement of ethics policy, so she knew not to retaliate against him because of his complaints of discrimination and harassment. Nonetheless, given the evidence of strong personal conflict between the two, the jury could have reasonably found she did so and with malice. Regarding good-faith efforts, the pharmacist presented evidence from which the jury could conclude that Walmart ignored at least some of his ethics complaints.

The court also rejected Walmart’s argument that the district court’s award of $5,177.50 in back pay could not support an award of $75,000 in punitive damages. Rejecting a ratio-based inquiry and relying on its own precedent, the court found no reduction in the damages award was legally necessary or appropriate.

Dissent. Judge Ho concurred in part and dissented in part, writing that he would vacate the judgment as to the hostile work environment claim and remand for further proceedings. The evidence established a troubling pattern of racial harassment – one that a jury could find sufficiently pervasive to alter the conditions of employment and thereby support an HWE claim. He disagreed with the district court’s conclusion that these incidents involved no physical threat and granted summary judgment to Walmart accordingly. Physical threats or attacks are not required to establish an HWE claim, he noted. Thus, the absence of such threats to go along with the verbal abuse does not prevent this case from proceeding from trial. Judge Ho wrote that he would not affirm on alterative grounds not reached by the district court in the first instance, namely whether Walmart took prompt remedial action. “That is an issue that should be decided in the first instance by the district court, if not by a jury,” he wrote.